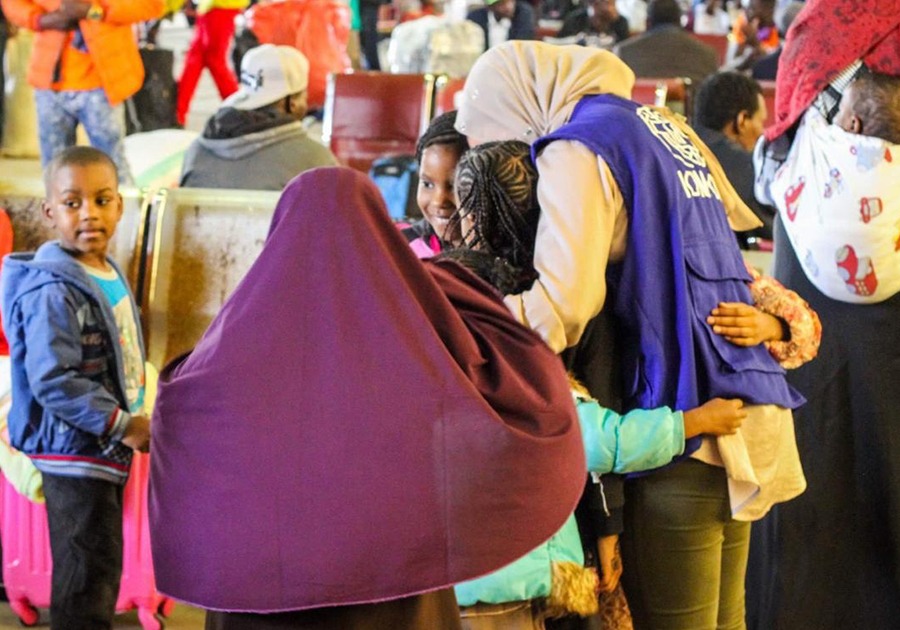 Migration is a key characteristic of modern society – humanity has been on the move since ancient times. However, today, mass migration is one of the most defining stories of our time. In 2017, according to the International Migration Report of 2017, the number of migrants soared to 258 million, compared to about 173 million in 2000. 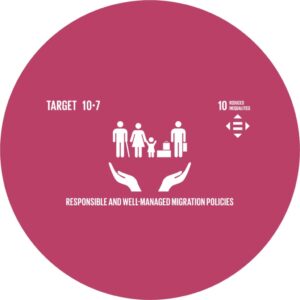 The migrant crisis is a key consideration when considering the global discussion around the Sustainable Development Goals (SDGs) agenda. At the very heart of the 2030 Sustainable Development agenda is the core principle to “leave no one behind”. The agenda’s central reference to migration is made in target 10.7 – to facilitate orderly, safe and responsible migration and mobility of people, including through the implementation of planned and well-managed migration policies. Goal 10 aims to ‘reduce inequality within and among countries.’

Goal indicator 10.7 is gender-blind and so effective implementation requires a gender-lens to capture the specific needs of female migrants.

What is a migrant?

The UN Migration Agency (IOM) defines a migrant as any person who is moving or has moved across an international border or within a State away from his/her habitual place of residence, regardless of (1) the person’s legal status; (2) whether the movement is voluntary or involuntary; (3) what the causes for the movement are; or (4) what the length of the stay is.

The SDGs are a strong platform from which to allow better communication and strategic collaboration between the private and public sectors. In order to fully understand the SDGs impact, we need a better understanding of the relationships between migration and key development issues. 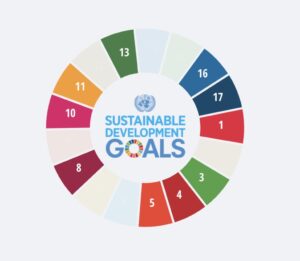 There are many different factors that push people to move and many SDGs which might improve those factors, giving potential migrants more of a choice as to whether to flee or stay in their country of birth. In fact, 11 out of the 17 Sustainable Development Goals (SDGs) contain targets and/or indicators that are directly relevant to migration.

If we are able to implement SDG 2: Zero Hunger, then people will not be pushed to move.

Research into migration shows that the poorest in society do not have the means to migrate, except when faced with famine, particularly famine resulting from conflict and natural disasters.

In 2017, a report from WFP showed that for each 1% increase in food insecurity 1.9% more people per 1000 will migrate (that’s 19 people per 1000). With nearly 800 million people already suffering from hunger worldwide, a figure that’s continually rising, the migrant crisis will only get worse.

CTG manages the fleets of trucks that deliver food to some of the most remote and unstable locations in the world, including regions of Afghanistan, Somalia and South Sudan, but such programmes don’t provide a long-lasting solution. It’s vital we assist communities to build the inherent strength required to withstand the occurrence of natural disasters or conflict which only serve to increase food insecurity. 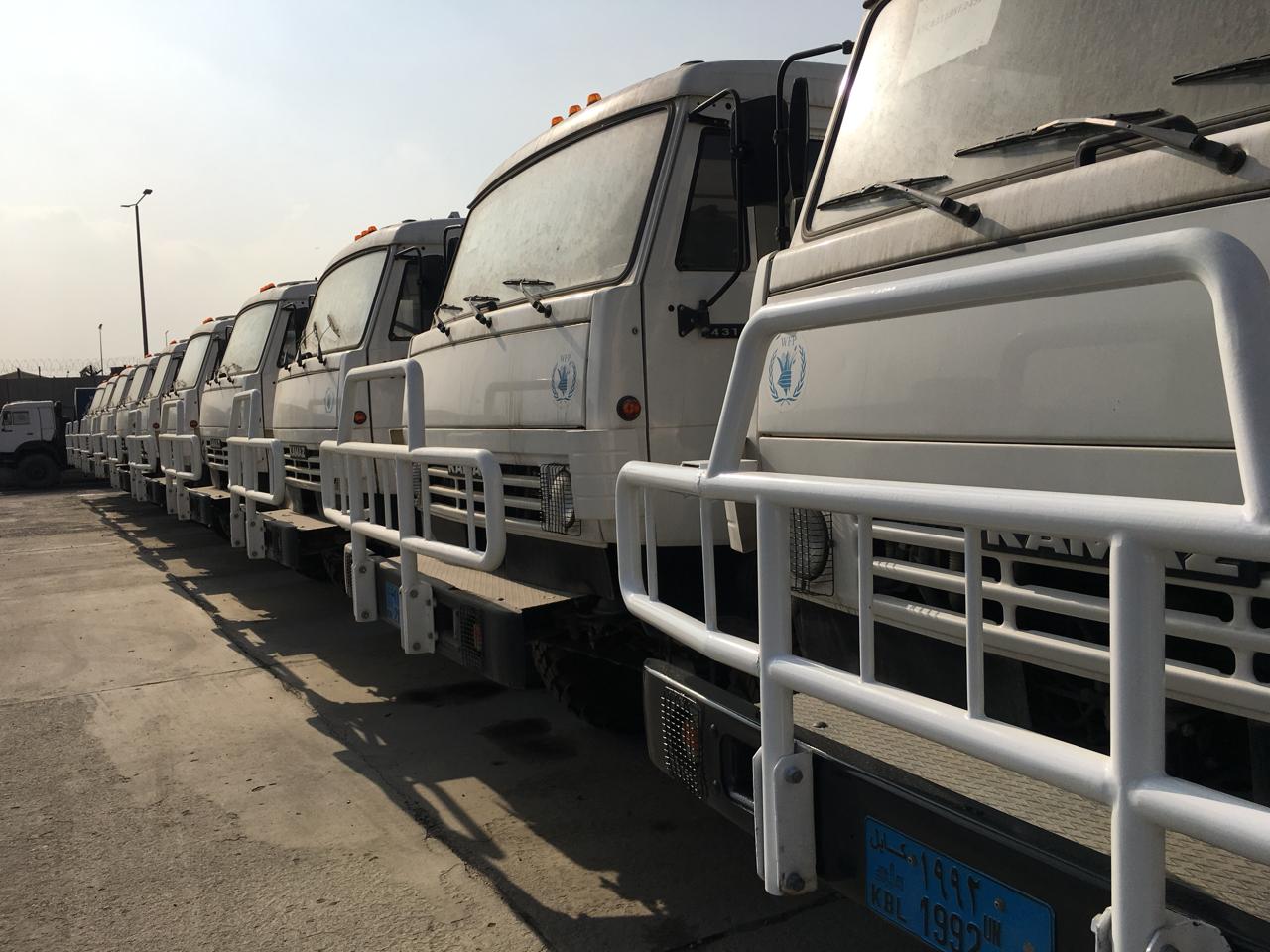 Investment in changes to the worlds’ agriculture and food system are key. As individuals we must make sustainable food choices, fight food waste and demand businesses and governments make the choices that will make Zero Hunger a reality, thereby decreasing one of the key push factors that force people to migrate without an element of choice.

If, through SDG 8, we ensure that everyone, wherever they are born, has access to decent work and economic growth we can build a world where migration is a choice.

According to the International Labour Organisation (ILO), the global unemployment rate stands at 5.7% and has decreased in recent years.

However, this apparently low figure does not show the full picture. In many countries, having a job doesn’t guarantee the ability to escape from poverty as wages are so low – some 783 million people are working but are not earning enough to lift themselves and their families out of poverty. Furthermore, having a job doesn’t imply job security – statistics show that even excluding the agricultural sector, 51% of all workers are informally employed. This means that workers do not know if they will have employment each day, if they will be paid each month, and they will not get paid benefits. 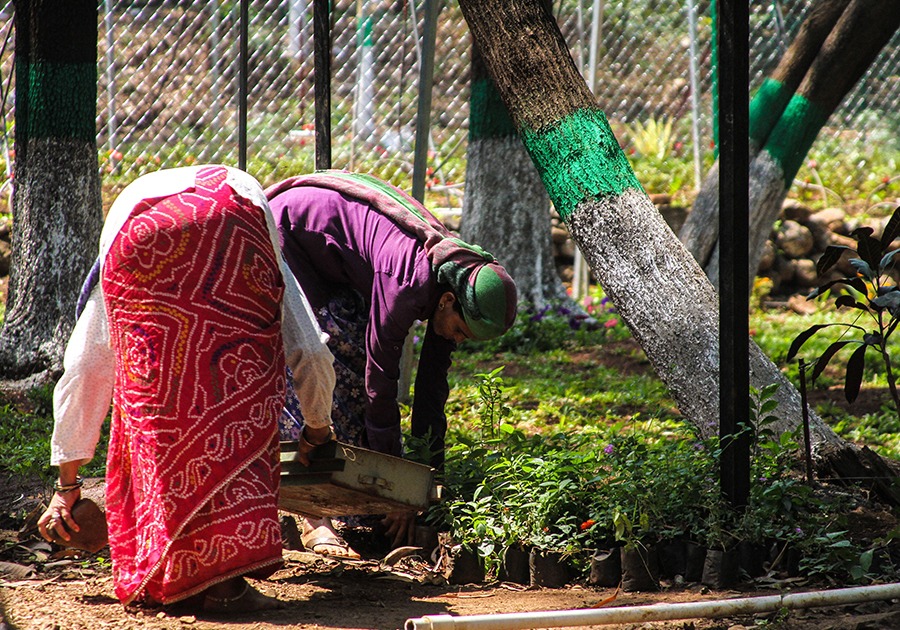 Having a job doesn’t ensure that people are working in acceptable standards, or have access to social protection for their families.

As a company which focuses on providing work to local nationals wherever possible, CTG endeavours to do all we can to provide decent work and economic growth in the countries in which we operate. If, through a focus on SDG8, we can work to ensure that decent work is available everywhere then individuals would be able to choose to stay with their families, without compromising on quality of life. If they decide to move elsewhere, at least they have the option of weighing up all the factors. 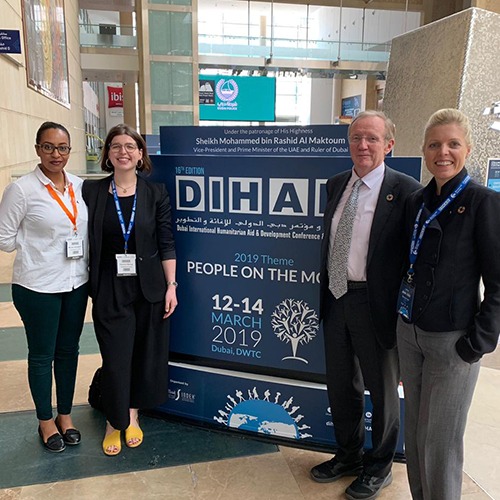 If we can implement Peace, Justice and Strong Institutions (SDG 16) in all countries around the world, then migrants will not be pushed to leave their habitual place of residence due to persecution, conflict, violence and human rights violations.

At the end of 2017, UNHCR reported that 68.5 million were forcibly displaced due to persecution, conflict, generalized violence or human rights violations. This huge proportion of migrants are being pushed to move because the standards in their place of origin are not tolerable.

A lot of the onus to deliver peace, justice and strong institutions rests with governments, but the private sector can play a role in implementing solutions to combat corruption and ensure inclusive participation. At CTG, we are increasingly focused on our governance structure and setting a standard in the communities in which we operate and to the local suppliers with whom we contract. If all companies and individuals stand strong against bribery and corruption and hold those they deal with accountable for their policies and procedures, it may essentially have a ripple effect. Similarly raising awareness and setting an inclusive standard which promotes respect for individuals of all religions, gender, and sexual orientations can little by little change the acceptable standards worldwide.

Migration remains a key topic for the Global Agenda, so by focusing on the Sustainable Development Goals we can hopefully improve the lives of everyone everywhere and honour the goal to leave no one behind. In doing so we may ensure that those that migrate do so because they are enticed to a new destination rather than pushed by factors such as hunger, lack of work opportunities, decent working conditions, and lack of peace and good governance.