Working in the humanitarian and development sector means you’re likely to be working with people from other cultures in different countries across the world. Drawing on thirty years of experience as an international consultant in Africa, Asia, Latin America, and the Pacific, Ruth Stark, author of How to work in someone else’s country, shares her insight on successfully working in foreign countries.

What motivated you to write this book? And who were you writing it for?

For many years I was responsible for hiring and/or supervising international consultants and staff. Over these years, I was often surprised and saddened (and admittedly sometimes furious) to see some of the kindest, most technically skilled and well-intentioned professionals ruin their relationships with local government colleagues, putting the success of the work at risk. Though highly effective in their home country settings, they simply couldn’t understand why in the international setting their efforts had gone unappreciated and their suggestions unheeded. I decided to start documenting the incidents in my journals. When I had time to analyse the content of my notes, I found that in country after country, the same issues kept popping up. I discussed these concerns with experienced colleagues and found they had similar stories to tell.

If truth be told, we also agreed that in our early assignments we ourselves had been equally unprepared for our first jobs overseas.  As a result and with input from my colleagues, I put together this guide for international aid workers and hope it will be a help for those who are committed to doing good when they work in somebody else’s country.

What is the most important thing an international aid worker should know before they start work in another country?

First and foremost, international aid workers should understand that they are guests in the host country and that there is much about the country that they don’t know and that they may never know. There are many reasons why governments and other organisations recruit foreign aid workers. Some are recruited to collaborate with the local authorities in the establishment of a new programme or project; some are needed to help strengthen the capacity of existing local staff or to fill a post vacated by a staff member who is away for training; some seem to be recruited simply to fill staff shortages. Whatever the reason, although recruited on the basis of their expertise, the role of international aid workers is to provide support for the local authorities and frontline staff. Whatever their official title, they should never conduct themselves as if they are “in charge.” 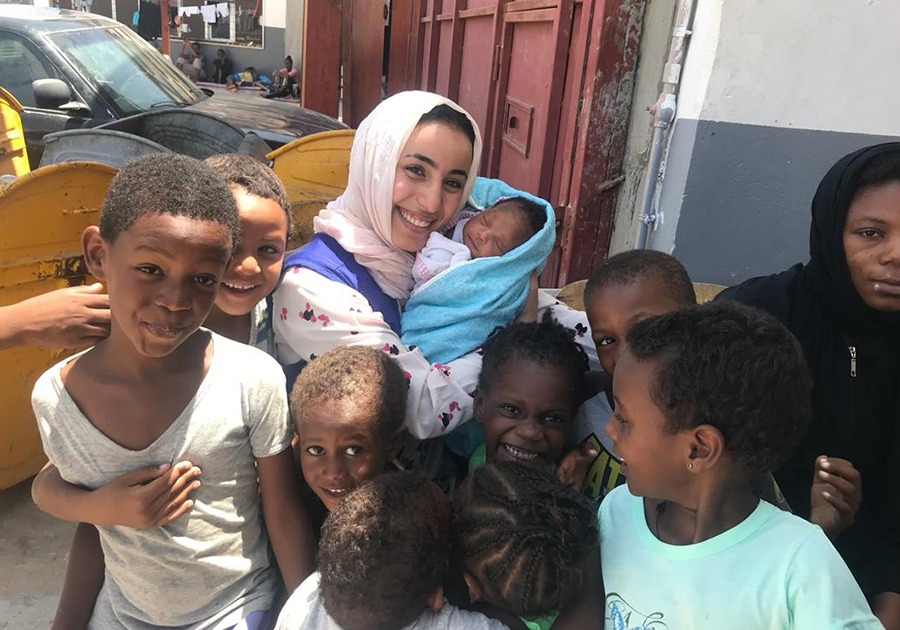 The purpose of the international aid worker must always be to collaborate with their counterparts for the common good. As invited guests, they will be expected to show respect for the culture, institutions, government, and people with whom they work and sensitivity in the interactions with all stakeholders.

In your book you mention that soft skills are just as important as hard skills, why is that?

Show your counterparts that you are interested in them as people and in their lives, and let people get to know you.  Listen to what all people have to say, but be careful not to involve yourself in complaints or criticisms of any individual or organiszation, including the government. Your initial goal will be to get a broad view of the working environment and to show your interest and your caring, not to give advice or recommendations. There will be time for that later. Meanwhile, in these early days, take the opportunity to get to know other members of your new community and treat everyone you encounter the way you would want to be treated, including drivers, cleaners and clerks. You can be sure that “the word” will get around. Besides it’s the right thing to do.

When you are working abroad, your greatest tool is yourself. In the end, being successful on a job overseas depends as much on who you are as it does on what you do. 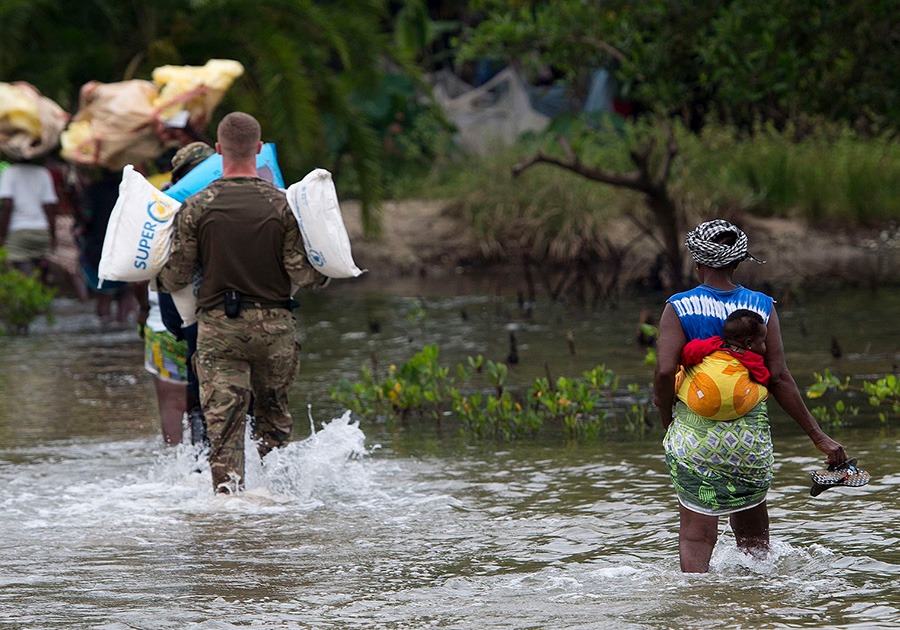 Why do you think a guide like this is important?

Like many of my colleagues, I was originally recruited for international aid work on the basis of my educational qualifications and technical expertise, I had little preparation for the positions I would be expected to fill. While many of us had volunteered in grassroots settings overseas, we had little prior understanding of the many ways we would be expected to collaborate with senior government officials, international donor organiszations, and international diplomats. Most of us eventually “got it” after living through some painful (and some laughable) experiences along the way.  Today, when I reread this guide, much of the advice seems so obvious and simple, but my colleagues and I have often mentioned how helpful it would have been to have some preparatory guidance.

What was your experience like working with governments? What did you learn from that experience?

I have had a wide range of experiences in my work with governments. In some cases, my position was the direct result of a government request. On other occasions, though my position was related to a national government initiative, the frontline government officials resisted any “outside interference” in their activities. Since I knew better than to criticize or complain about the host government, I learned to keep a low profile and to encourage my local colleagues to take the lead when interacting with officials. My counterparts and I attended every single project meeting together, including high-level meetings with the international donors and senior government officials. Increasingly they began to engage actively in the discussions and to in weigh on critical decisions. My local counterparts also took the lead as presenters in conferences and co-authored our publications. In all our public statements, we emphasized country ownership of the project and expressed gratitude for government support and collaboration, however limited.  Over time, our local partners became the face of the projects, and this made all the difference to success and sustainability.

The other thing I learned is the importance of asking questions and seeking advice of international aid workers with more experience, especially of those who seem to be respected and successful. I didn’t always take their suggestions but I always benefitted from their knowledge and perspective on the issues. 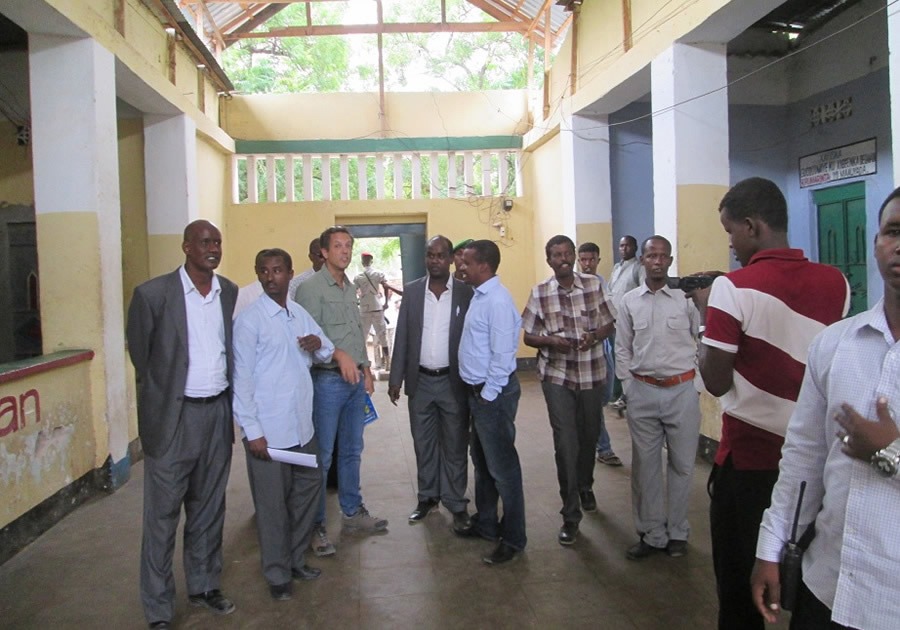 Can you share some of the most important points in the chapter ‘How to make them glad that you are there’?

The host country staff on a project, even if initially wary, will come to value the international aid worker who begins by finding opportunities for the local and international workers to get to know one another, who takes the time to learn the situation on the ground,  and who makes the effort to establish an environment of mutual respect. Although there is pressure to get on with the work, it is important not to rush in and take charge with endless insistent questions and assessment checklists. This type of information gathering often feels like an interrogation and makes people feel like they have to defend themselves.

In most cases, you will learn all you need to know in due time. Your priority is to find ways to be helpful and to develop a mutually respectful, comfortable partnership with the local staff on the ground. They are the backbone of the work and will be the ones responsible for implementing the activities long after the international workers are gone. The sustainability of the project will in large part depend upon them.

Once settled in, the international aid worker will need to be alert for clues about the expectations local people have of them — the things you won’t find in your job description. These may be work-associated or may relate to a whole spectrum of community activities, social engagements, and government events, and will vary according to the country you work in and the individuals you work with.

In whatever way you interact on a social level, be sure not to be too high maintenance.  Show gratitude for the ways your counterparts show their interest in helping you, but don’t act as if you expect your counterparts to tour you around or to do your errands.

International aid workers need to learn to adapt to their environment and to take care of themselves. 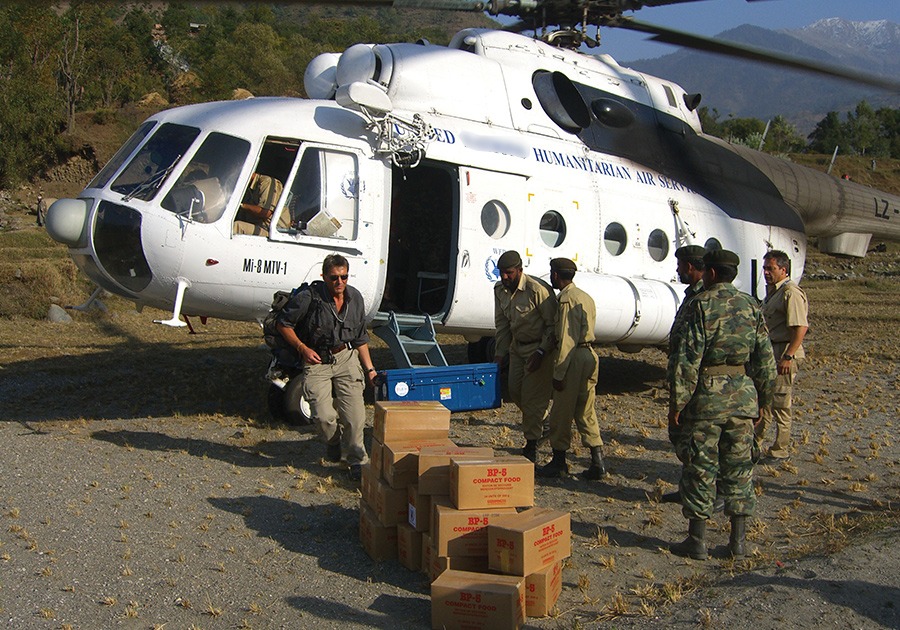 How do you think the humanitarian landscape has changed since you wrote this guide?

Since I drafted this book, I have noted that humanitarian activities currently being implemented are less driven by single donor governments than they have been in the past. Today multilateral organiszations, the private sector, and numerous nongovernmental organiszations, individually and in collaboration with one another, seem to be playing an increasing role and also seem to be working more in tandem with the local host governments.

Further, government-funded humanitarian aid has itself become more global in nature. Whereas donor-aid in the past was provided largely by the so-called Western world, today more government aid comes from countries in non-western regions as well.  The staff implementing these humanitarian programmes  projects also seem to be a more diverse group of international aid workers, bringing the richness of their varied cultures and nationalities to the humanitarian arena. This can only be seen as a plus.

Are you an international aid worker or planning to work in a foreign country? The Cross-Cultural Understanding course on Kaya will help you understand how cultural differences impact international collaboration. You could also order Ruth Stark’s book, How to Work in Someone Else’s Country on Amazon.