Carlo Paternollo, who is interning as a Researcher at CTG shares his insights into the intersection between Covid-19 and Terrorism. He holds a Masters in Middle Eastern Studies from King’s College London and a BA in International Relations from SOAS University London, and is drawn to the dynamics of geopolitics, International Relations, security studies and conflict.

COVID-19 is not the only global pandemic that we are currently bearing. Terrorism can also be considered a global pandemic. Both are lethal phenomena that shape individual and collective safety, in addition to daily life routines and both exert danger of a haphazard and uncertain nature by targeting segments of the population indiscriminately.

Counter terrorism measures can prevent freedom of movement, speech and assembly, just like measures to combat COVID-19 have also constrained civil liberties worldwide. The two phenomena are transnational, extending beyond state borders and require cooperation among governments from different countries to be tackled effectively.

Impact in fragile and conflict-affected countries: Afghanistan and Somalia

Afghanistan and Somalia are two countries that have been significantly impacted by COVID-19 and terrorism. Globally, Afghanistan has been one of the countries most heavily affected by terrorism. With the active presence of multiple groups such as the Taliban, Al-Qaeda and ISIS, close to 9,000 civilians have been killed each year as a result of terrorist violence since 2018. Similarly, Somalia has also been affected by decades of conflict and insecurity, with the main terrorist party being Al-Shabab. In 2019 terrorist attacks in Somaliacaused 569 deaths.

Conflict and terrorist violence put pressure on healthcare systems and economies, making it exceptionally hard for affected countries when a new frontline emerges such as COVID-19. As of April, Afghanistan has had 56,779 confirmed cases of COVID-19 with 2,512 deaths since the pandemic’s onset. In Somalia there have been 11,908 recorded cases of COVID-19 with 568 deaths. These figures appear low when compared to neighbouring countries. However, official figures are not reflective of reality. Administrative constraints and low testing capabilities offer a restrained depiction of the situation. For example, it has been estimated that the real number of COVID-19 cases in Afghanistan is much closer to 10 million.

Winning the heart and minds of the people

COVID-19 has presented terrorist organisations with a unique opportunity to intensify their propaganda to win the ‘heart and minds’ of the population. Taliban leaders highlighted the failures of the Afghan government during the pandemic and responded by offering their own health-related governance. They imposed their own lockdowns, additional checkpoints and provided PPE to the local population. Such actions aim to outperform state institutions, offering propaganda gains to the organisations – measures which can often gain traction with impressionable youth or those who are dissatisfied with the state. Strategically, Jihadist groups have often exploited power vacuums to their advantage, and the same has applied during COVID-19. Similar to the exploitation of official government ‘failures’, COVID-19 offered terrorist groups the possibility to leverage the situation to enhance recruitment, and substitute and outperform local regimes.  Jihadist organisations present in Somalia represented COVID-19 as God’s response to the oppression of Sunni Muslims worldwide, calling for attacks when security forces globally were busy responding to the pandemic. Lockdowns have also offered terrorist groups a ‘captive audience’ more prone to radicalisation. While for the most part the pandemic has not been accompanied by a significant increase in terrorist attacks compared to previous years, economic consequences and popular anger following state-imposed restrictions enhance grievances and drivers towards terrorism, which could have long-term implications. 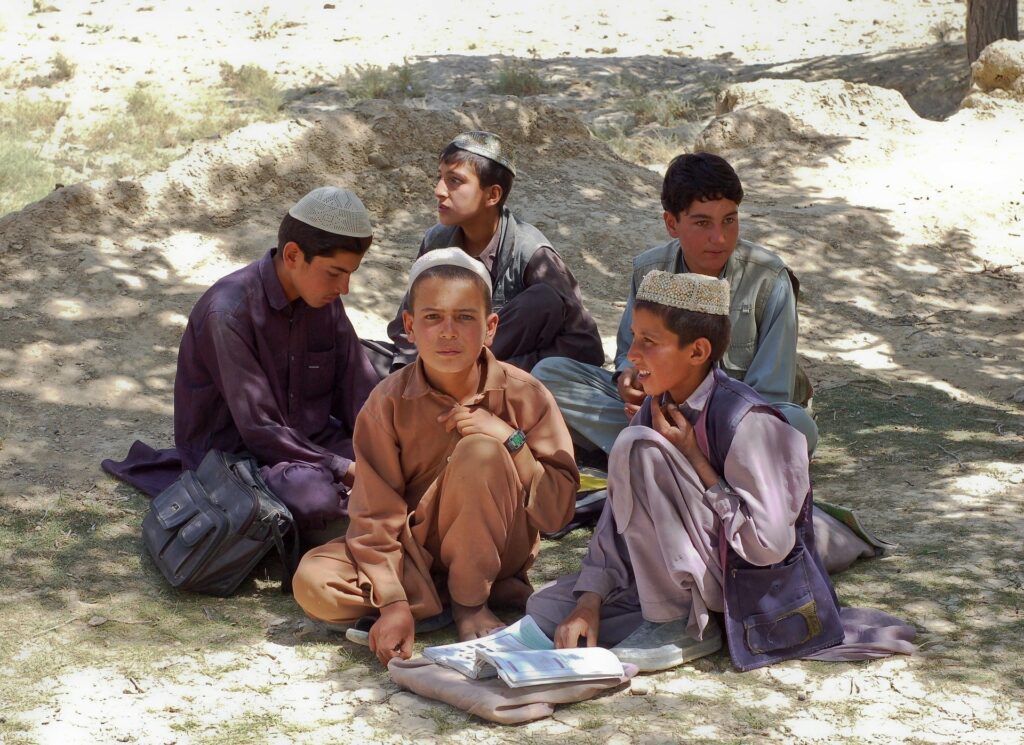 Boys in Afghanistan. Terrorist organisations are known to recruit impressionable youth or those who are dissatisfied with the state.

How do we tackle terrorism in the heightened pressurised context of COVID-19?

COVID-19 has highlighted the importance of social interactions and social cohesion, both at an individual level and as an essential element of a functioning society. While it is difficult to measure the combined impact of terrorism and COVID-19 on aid and development, it is important to recognise that social cohesion is an essential element both when facing terrorism and COVID-19.

State-imposed restrictions and the inability to offer effective aid, risks having a detrimental effect on the population’s perception of the State, from which terrorists could capitalise. Preliminary analysis would therefore suggest that actions to rebuild trust between civilian populations and state institutions should be put at the forefront of aid and development considerations moving forward. Humanitarian organisations should continue to support state institutions and public services, which should be equally accessible to all sections of the population.

Only the future will show how the intersection between COVID-19 and terrorism will play out and impact fragile and conflict-affected countries and the aid and development sectors. In the short term, the COVID-19 emergency should ideally have led to agreed cease fires in areas affected by war and terrorism, as per the UN Secretary General’s call, however, unfortunately this has not been the case. In the long term, when acting in areas affected by both COVID-19 and terrorism, humanitarian organisations should prioritise programmes aimed at enhancing social cohesion and institutional trust.